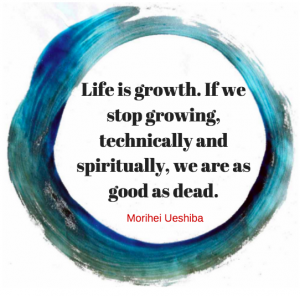 Aikido is one of three martial arts that Nia inspires from. Before Nia I had no idea what Aikido is, I never even heard of it! Tae Kown Do and karate were what I knew of martial arts, I didn’t even know that Tai Chi is a martial art. South Korea is the birth place of Tae Kown Do, so when I moved there I thought it would be great to learn and practice it. Moving there also gave me a lot of time to read, so I read a book about Aikido to help me better practice and teach Nia. I fell in love with the philosophy and the art of Aikido, so I looked for a way to practice in Seoul. I went regularly three times a week for sometime, and my fascination with this art grew, even though the Sensi spoke very little english and I couldn’t understand Korean. I didn’t step in a dojo for mover three years, since I moved from Korea, but I’m looking for any opportunity to go deeper in the Art of Peace Ai Ki Do 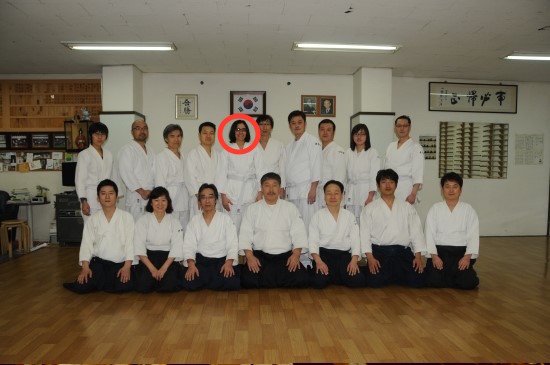 What I Love about Aikido

It is all about being relaxed.

“Movement is awakened by relaxation. Oddly, that is the opposite of what people usually do when someone grabs them. They tighten their muscles, tear and pull, trying to break free. That only makes your partner stronger, and the grip tightens. But when you relax and become soft, then the partner’s grip loses its stability, and you can trace the many potential directions in which to move him or her. You only need to choose.”

It is gentle and soft.

“When you are soft you can move in just about any direction, whatever the obstacle. Softness is real strength.”

“The aikido techniques should have the trait of endless pliancy, mildly leading the attacking force past its target to a gentle end, where nobody has been harmed. They should be done in a peaceful spirit, as if a battle never occurred, protecting both the attacker and the defender from harm.”

The Dance of Aikido